LIVE AT RISING
Thanks to everyone who got lost, went deep and shook loose with us this year. See you again in June 2023.
Presented with Arts House 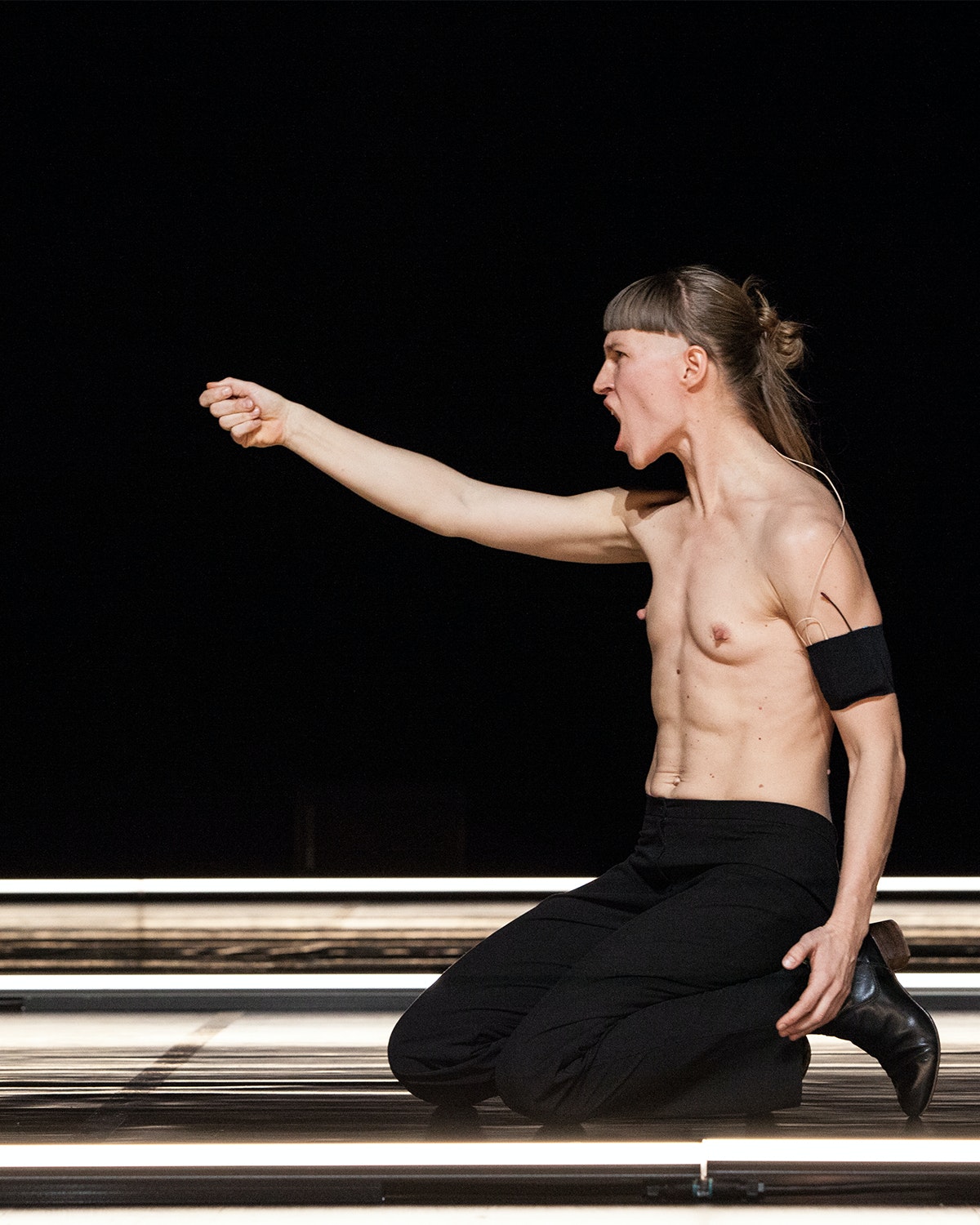 On a stark, LED-lit set, Ingvartsen wields her physicality in choreographed vignettes, interspersed with bracing monologues on the nature of the pornographic. 21 pornographies is a visceral experience for both performer and audience.

POST-SHOW Q&A WITH METTE INGVARTSEN—SAT 4 JUNE, 6.50PM (APPROXIMATE START)
Open discussion with 21 Pornographies' Mette Ingvartsen on the research, development and context of the work. Led by acclaimed choreographer and RISING board member Amrita Hepi (Bundjulung/Ngapuhi), the conversation is also an opportunity to explore Ingvartsen’s current work, The Dancing Public, which will be performed on 8 June at Melbourne Town Hall.