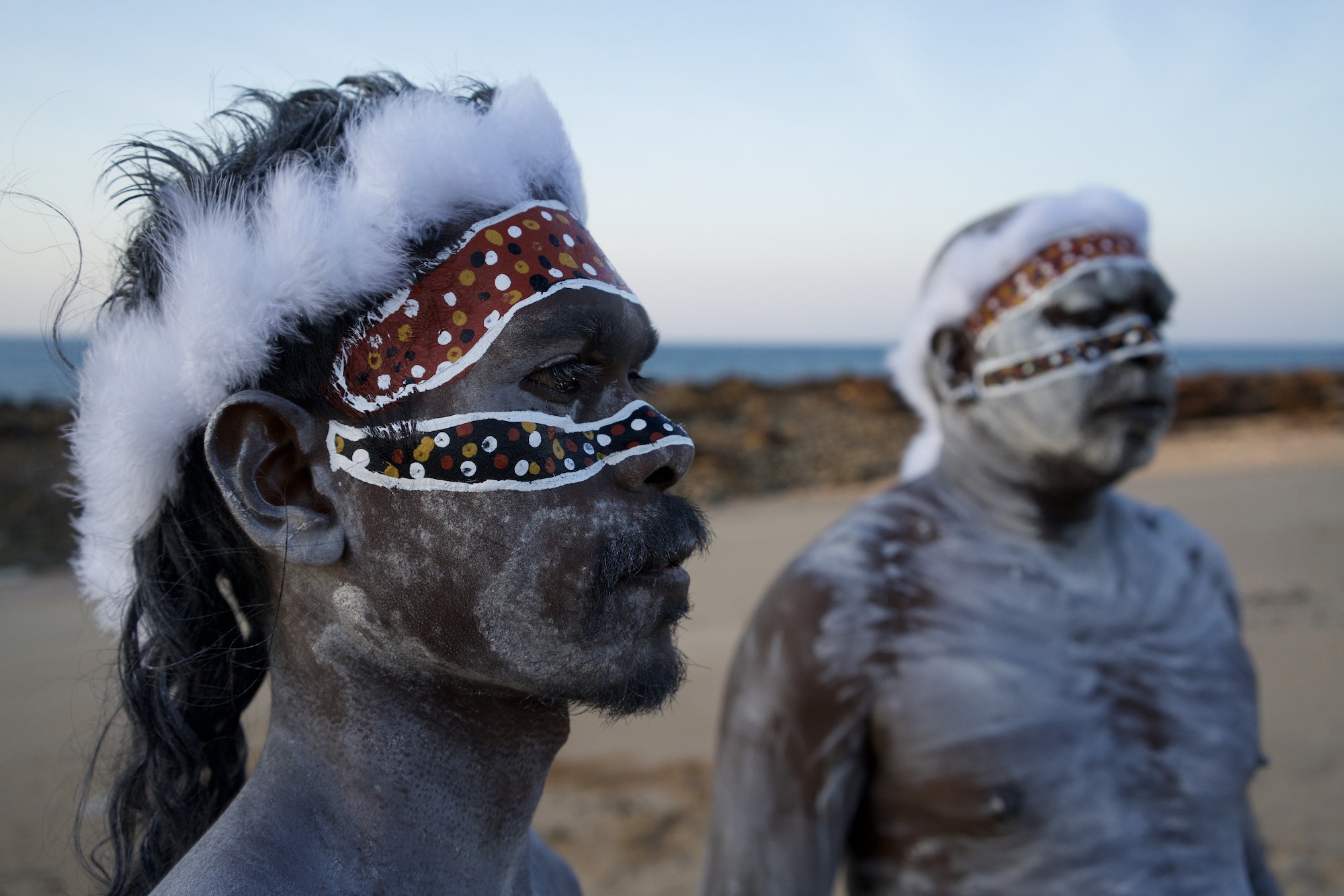 The Inspiration behind Dr Gurrumul Yunupiŋu’s seminal album Djarimirri (Child of the Rainbow) brought to the stage in a hypnotic performance, supported by the MSO.

A buŋgul is a ceremony, a gathering ground: a meeting place of dance, song and ritual.

Dr Gurrumul Yunupiŋu’s posthumously released album, Djarimirri (Child of the Rainbow), is a landmark moment in Australian music. It transcends its author’s death and celebrates his life, by bringing together western and his Yolŋu family’s musical traditions.

Buŋgul is a celebration of that record’s legacy, created on Country in North East Arnhem Land, with the Yunupiŋu family. In a hypnotic performance, live Yolŋu dancers and songmen present the songs, dances and paintings that inspired Djarimirri; accompanied by the Melbourne Symphony Orchestra; and directed by Senior Yolŋu Don Wininba Ganambarr and Nigel Jamieson.

The heart and soul of a masterpiece made real.

“To the Yolngu, our songs, paintings, and dances are our books—they tell us where we have come from and where we are going to… They are our maps, our law books, our title deeds and our family history.”