LIVE AT RISING
Thanks to everyone who got lost, went deep and shook loose with us this year. See you again in June 2023.
Golden Square

Free to view from Lonsdale Street, no ticket required 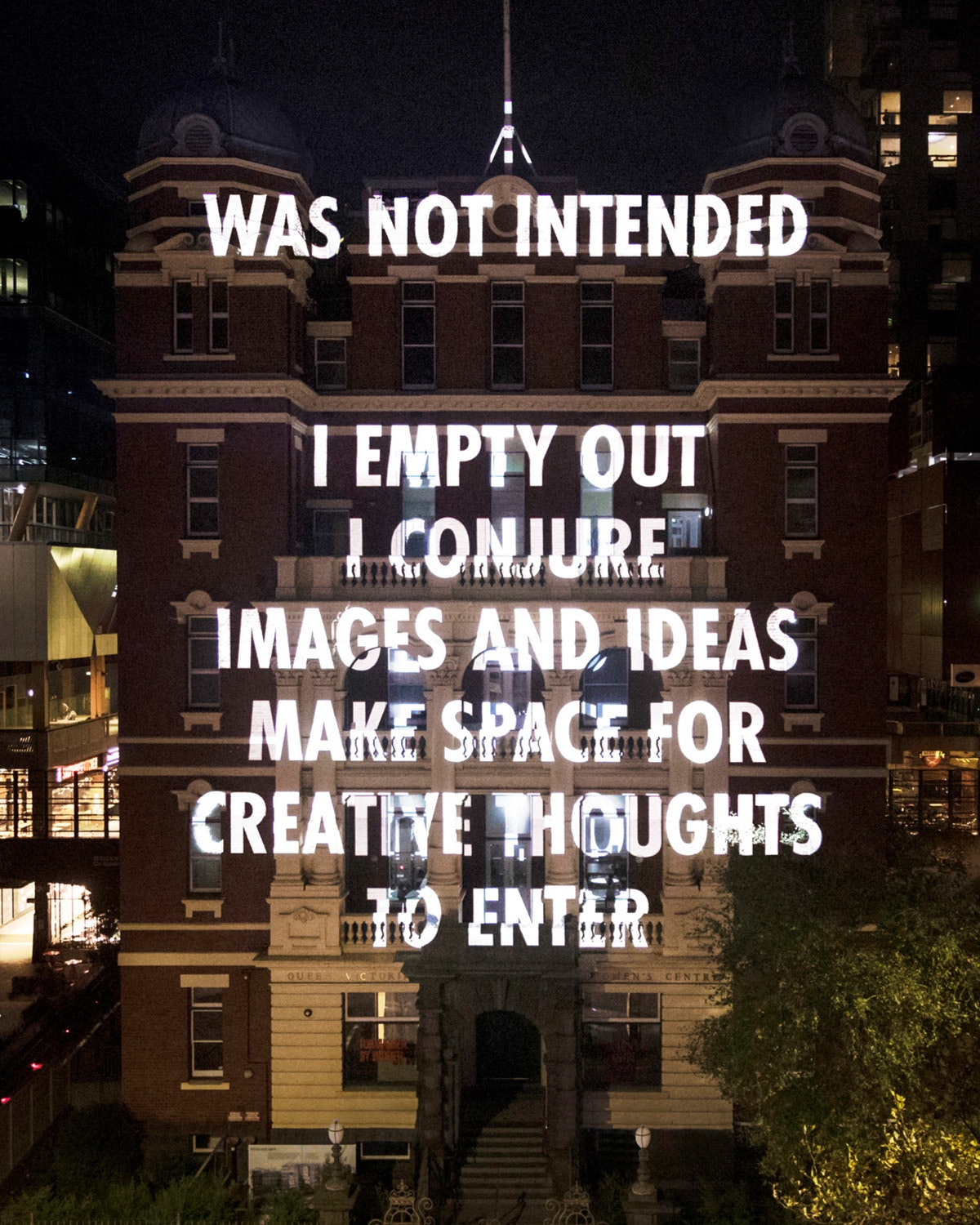 Art is about communicating ideas. And few modes of communication are as direct as the written word.

Since the 1970s, Jenny Holzer has distilled universal themes, big ideas and political thought into her pioneering text-based art. From posters on the streets of New York City to dazzling projections and LED sculptures to T-shirts for Willi Smith and Virgil Abloh, Holzer harnesses written language to get to the crux of the ideas that affect us all.

For RISING, Holzer will display I CONJURE, a six-story projection on the historic 19th-century facade of the Queen Victoria Women’s Centre. Selections from her seminal work Truisms (a set of nearly 300 seemingly objective statements that play on commonly held truths and clichés) alternate nightly with texts on creativity, art and activism chosen by Holzer from prominent female artists and local voices including Tracey Moffatt (who supplied the projection’s title) and Holzer’s local collaborator, Nikki Lam.

Accessibility services are available as part of a Golden Square ticket