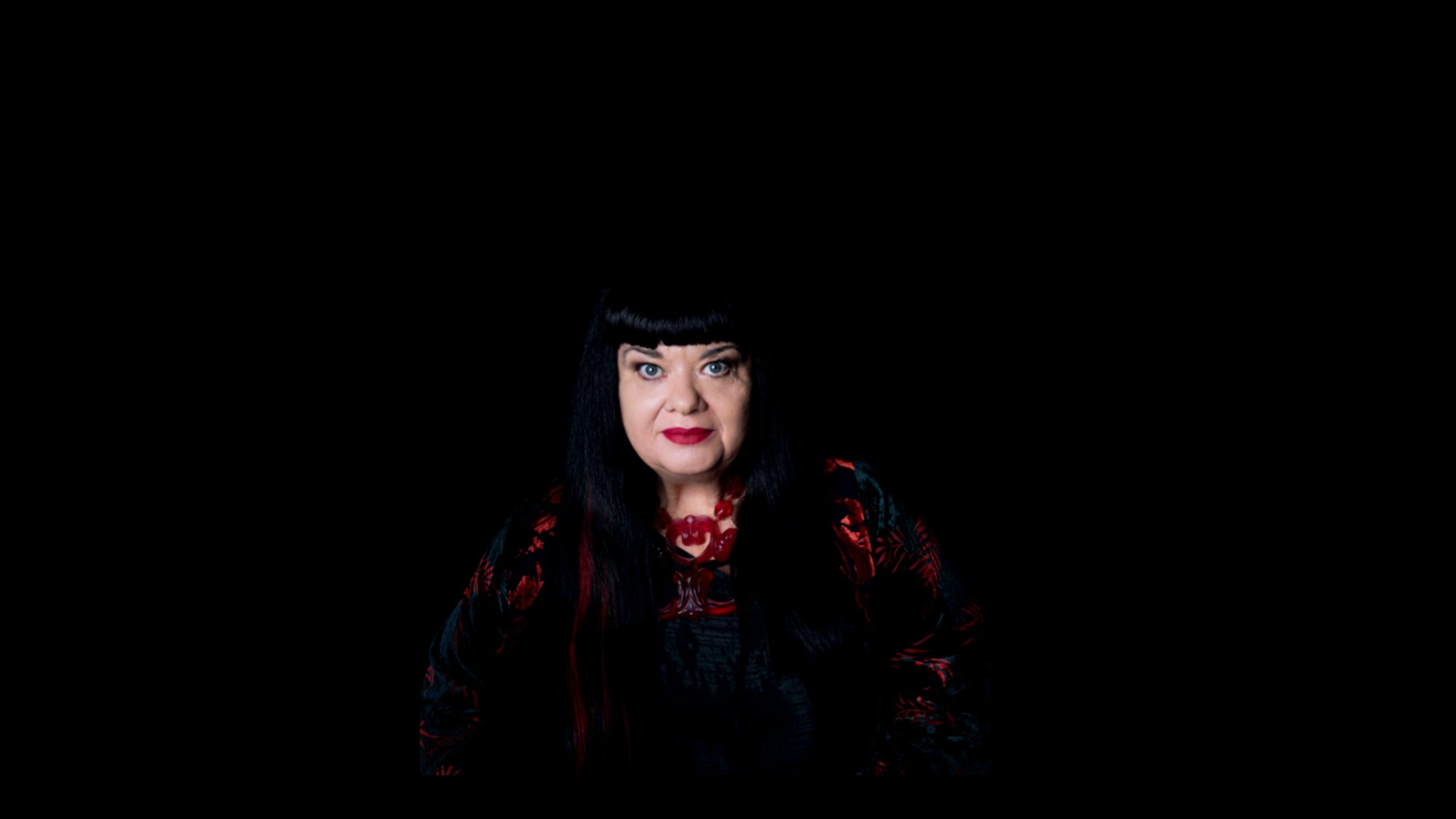 RISING sat down with Emmy Award-winning filmmaker Lynette Wallworth to chat through her inspiring RISING show HOW TO LIVE (after you die).

Emmy award-winning filmmaker and artist Lynette Wallworth brings her renowned storytelling skills to the stage in a surprising new work that sheds light on the seduction of cultish extremism. I

One of Australia's most innovative and compelling filmmakers goes deep on her career, evolving practice and new RISING work, HOW TO LIVE (After You Die) after the Sunday session.

Lynette Wallworth is one of the country's most renowned storytellers—an Emmy award-winning filmmaker and artist know for her visionary use of Virtual Reality technology. For RISING, Wallworth brings her new solo work HOW TO LIVE (after you die) to the stage. The surprising work sheds light on the seduction of cultish extremism and her own experiences within that world. As a teenager she joined a radical Pentecostal church where she became a "prophetess". RISING caught up with Wallworth to discuss her career and the show's themes.

RISING: Tell us about the different technologies you’ve previously used in your work.

Lynette Wallworth: I have worked with emerging technologies as well as in feature documentary, interactive installations and full dome film. My previous two works were immersive documentaries using VR and XR, so filmed in full 360 and experienced via a headset.

The latest of these, Awavena was filmed in the Brazilian Amazon. Awavena incorporated augmented reality as well, so elements from the forest, particular scenes and creatures, were isolated in AR and layered onto the physical space in which the viewer was viewing the work. I used scent to activate the senses and a separate walk-through experience where the viewer was moving through the Amazonian forest dispersing it with their breath.

The underlying story was about the first woman shaman of the Yawanawa people. I refer to many of these works in HOW TO LIVE (after you die) because I trace the making of these works and my passion for them back to some of the history that I am focusing on in this performed memoir. It’s like lifting the veil on why these particular stories hold so much meaning for me, and why I focused on them above all else.

R: Why have you decided to focus on yourself this time?

LW: Most simply, it’s about timing. I started to notice more and more stories of people falling down rabbit holes of extreme views which led to them losing connection with loved ones and ending up in silos of narrowed beliefs that it’s hard to escape from.

I thought: "I know something about that". I am only ever concerned with creating work that can talk to us generally as part of a connected community and so suddenly my experience of many years ago felt contemporary and the sharing of it, both in terms of how I “fell in” and how I got myself out seemed to be the most relevant story I could share. So though I have never, ever been the primary subject of my own work previously, the same process that always helps me decide what work I should make determined that this time the work should be about this story, in which I happen to play a lead role.

R: How has that transition felt? And how has it affected the work.

LW: I was in the US when I first began writing what has become HOW TO LIVE (after you die) and in some ways that was easier, to be away from everything familiar and have the ability to view everything at a distance. But the excavation of my past also necessitated getting back in touch with people I hadn’t spoken to in many, many years so it’s been a very intense period of research.

I have always chosen the form for the work based on the needs of the work so it’s not surprising I guess that I am trying something new, I have always experimented with form, but this is an extremely exposing work, and I am just now discovering what it feels like to stand on stage and engage with such elemental storytelling. It’s more intimate than anything I have ever done. That’s the challenge and the excitement of it.

R: Is this the first time you’ve really dived into that early part of your life?

LW: I wrote a performance piece many years ago when I was finishing Post Grad at art school that was performed at The Performance Space in Sydney and at the Adelaide Fringe. The text was studied at Sydney University and someone made an opera from it. It included some biographical elements from my childhood but was not solely autobiographical and I didn’t perform in it, I directed it. So in very many ways this work is a new direction for me. It’s a leap of faith but, the timing feels right.

R: How does it feel looking back at that period of your life right now?

LW: All I can say is that this work feels right for this moment. I know many people who know me or my work will be surprised by the content of this piece. It will be enlightening for anyone who knows me to imagine I could have been captivated by extremes of thinking—that seem in so many ways the polar opposite of who I am as artist and the way I move through the world.

My experience was extreme, at the same time we can see the influence of nationalist Evangelicals and Pentecostals with a more extreme bent in the politics of countries like the US, Brazil and the Philippines. We have seen this emergence in our own country. I am just taking my lived experience to shine a light on what can be some of the most challenging aspects of belief systems that are not necessarily familiar to a broader Australia.

Art is a catalyst for discussion, it’s a provocation to turn in a particular direction and take a longer look. That’s what this work is, a provocation based on lived experience, my lived experience. It was a painful past and like many painful things, if you shiny them back up and place them in the light perhaps something can be revealed that is a balm for this moment. That is my hope.