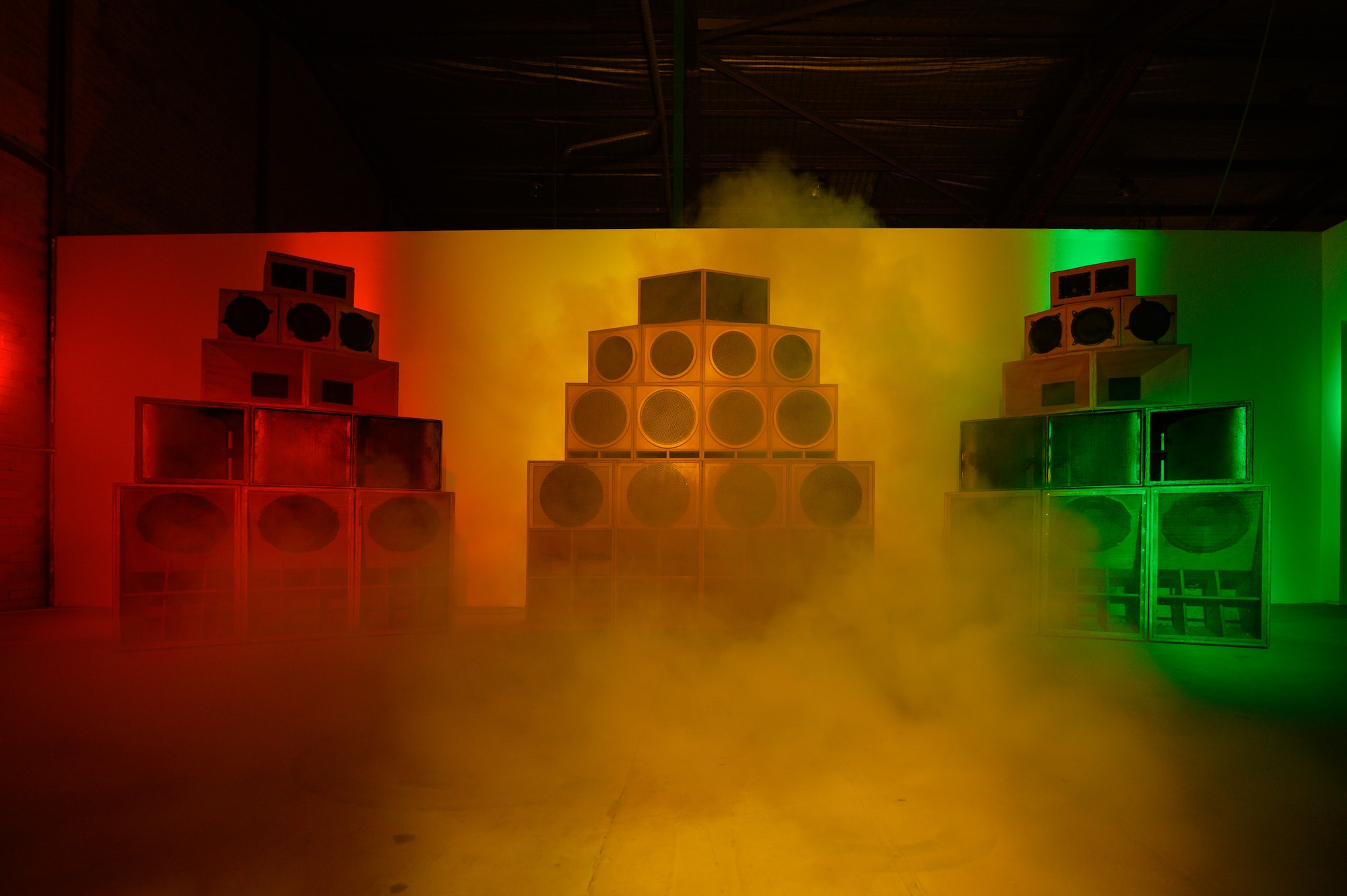 Since taking root in Jamaica in the 1950s, sound system culture has migrated and seen local crews spring up in neighbourhood pockets all over the world—including here in Melbourne.

Over the last 20 years, sound systems—shorthand for the massive custom speaker stacks (think metres high and wide) through which crews of selectors, DJs and emcees play abdomen-vibrating tracks—have been a relatively well-kept secret here in Melbourne.

But with the scene growing, the now on-pause debut of Heavy Congress at RISING was set to be a baptism of bass, and a broad introduction to the scene for Melbourne.

"The display and the volume of the potential sound in front of the audience will be staggering," Gill says. "It will be an absolutely beautiful, sculptural, freak-out for people—even before we've turned on any electricity."

Born from reggae and dancehall, sound systems have also become the ideal delivery method for Colombian music, techno, hip hop and Latin flavours. Audiences new to sound system culture will experience music in a way they never have. There are no stages here. No artists kept at a distance—the selectors are close enough to touch (but maybe don't). Sound systems thrive in the streets and in community settings where their intensity and directness is most appreciated.

The crews at Heavy Congress represent all corners of the city. El Gran Mono brings the vibrant history of picó sound system culture—which sees tropical music blasting out of huge, hand-painted, fluorescent speaker stacks—all the way from the Caribbean coast of Colombia.

Adrian Hough first built his sound system, Adrian's Wall, after visiting Notting Hill Carnival in 2007. When he moved to Melbourne a few years later, his was one of only four sound systems in the country. Heavy Congress is testament to the growth of the scene in the decade since.

Melbourne is also the proud home of over 35 female DJs spinning reggae music on the regular, and Heavy Congress will, for the first time in our city, feature an all-woman sound system. Fiona Bourne, aka Miss Fee, and Yasmin Rupesinghe, aka Bellyas, of Housewife's Choice are experts in Jamaican music and more than ready to battle it out for the top spot.

Sound system battles are competitive, but there are no ballots or score cards: you vote with your feet and your voice—making a booty-shaking case for the sound system you want to win.

"Sound will not break your windows, but you will feel it," Mareebo warns. "If you get close to it, you feel the bass in your face. We don't want to keep the neighbourhood awake all night, but we're looking forward to having some good quality sound."

Want to explore the neighbourhoods of the Heavy Congress crews? Here's where to grab a drink before, or coffee the morning after, they battle it out.

RISING: Where do you hang out?
YR: Code Black, for excellent coffee and vibes.

RISING: What's the coolest thing about your neighbourhood?
AB: Probably the ice cream on waffles at Sweet Inspirations Lebanese Patisserie. Best waffles in the north.